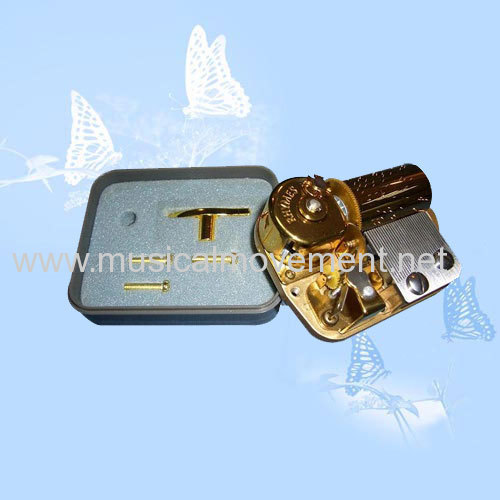 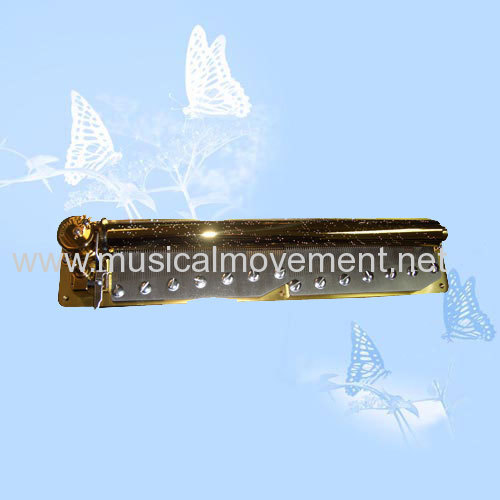 1) Pinned drum,Polish and magnificent
2) Movement can be 18 note,30 note ,36 note,50 note,78 note ,156 note.
3) Rich tunes for selection, also can custom
4) Almost movements is with the Standard winding postion, off-center on the bottom of musical movement. But also can offer the "Side winding position" if you want, more easy operation for some styles wood colletion mechanical collection music box 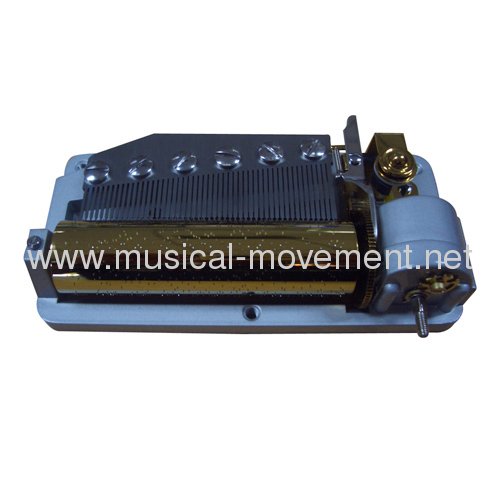 2) Largest supplier of musical movement in the world.

3) Beautiful sound: We use special alloy for main parts, have proprietary technique on the core part  Comb,and the mechanism smooth running on the correct tempo

Musical movement originated on England when Renaissance was happened in medieval Europe, and it was used as a timer in the church bell tower at that time. With the help of European craftsmen who were meticulous in improvement, the musical movements had evolved. At that time, music box became luxury fashion among the courts and aristocracies.

After the World War II, the Japanese conducted mechanized production by using modern civilization. It brought revolutionary change once more. And the musical movements which had been extravagant before, reached an unprecedented popularization.

In 1992, the musical movement, with the first independent intellectual property rights in China, was born in Ningbo YUNSHENG Company. After YUNSHENG people's several decades unremitting efforts, YUNSHENG has gotten a series of noticeable achievements. At present, "YUNSHENG" has become a global leader and the most specialized manufacturer in the field of musical movements , it holds more than 50% of the international musical movement market share all over the world . The annual output of musical movements has reached 35 million. "YUNSHENG" gets dozens of National patented technology, flexible robot assembly line, automatic frequency-modulation equipment and other high-tech equipments which are researched independently, to ensure the stability and excel of the quality. Otherwise, the powerful professional technology research and development term is continuing propelling 300-year-old musical movements' development forward.